Eric Blue’s comic series, “African Kitchen” promises to make South Africans see the lighter side of life, while also keeping them in touch with what’s cooking on the political, economic and social issues scenes.

Eric’s goal with the ‘African Kitchen’ series is to make the complex politics into a mix that everyone will understand. 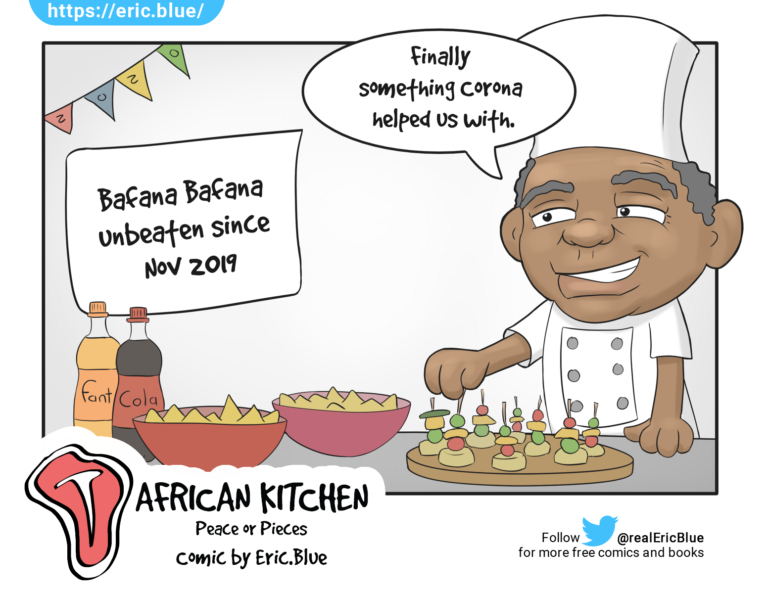 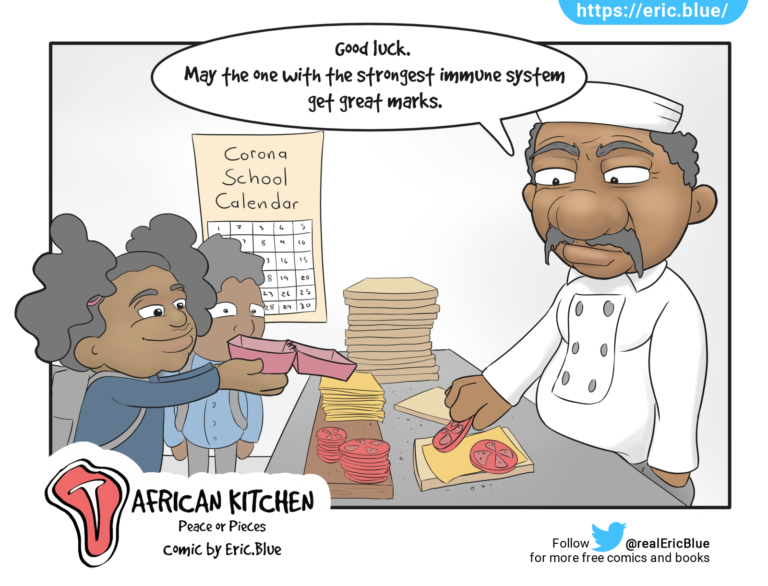 While brainstorming his debut fiction satire novel, The Mandela Effect, Eric’s mind flashed back to when his son was young and wanted to know who Mandela was. While not willing to draw the youngster into the knowledge of race and all the ingredients that made up Apartheid, Eric answered that Mandela was a Chief and his favourite dish was chocolate ice cream.

The youngster looked confused knowing full well that chocolate ice cream could be bought at a shop. Eric could see the chaos reigning in the young man’s mind and said: “You may think that is normal to have chocolate ice cream, but it wasn’t to Mandela, and he went to prison for trying to get hold of that luxury.”

So, Eric’s goal with the ‘African Kitchen’ series is to make the complex politics into a mix that everyone will understand. “I knew that one day, my son would come to me to tell me that Mandela was a former President of South Africa and did not go to prison because of chocolate ice cream,” joked Eric, who describes himself as a believer in a small government and free market system. To illustrate the Eskom issue, Eric created a three-fold company called ‘Eatkom’ that produces, transports and sells food.

Life will never be the same after the introduction of “African Kitchen’. So tell your friends to keep an eye out on https://eric.blue/c/african-kitchen for regular comics to educate you and make you giggle.

You are here: African Kitchen Comics by Eric Blue, Peace or Pieces