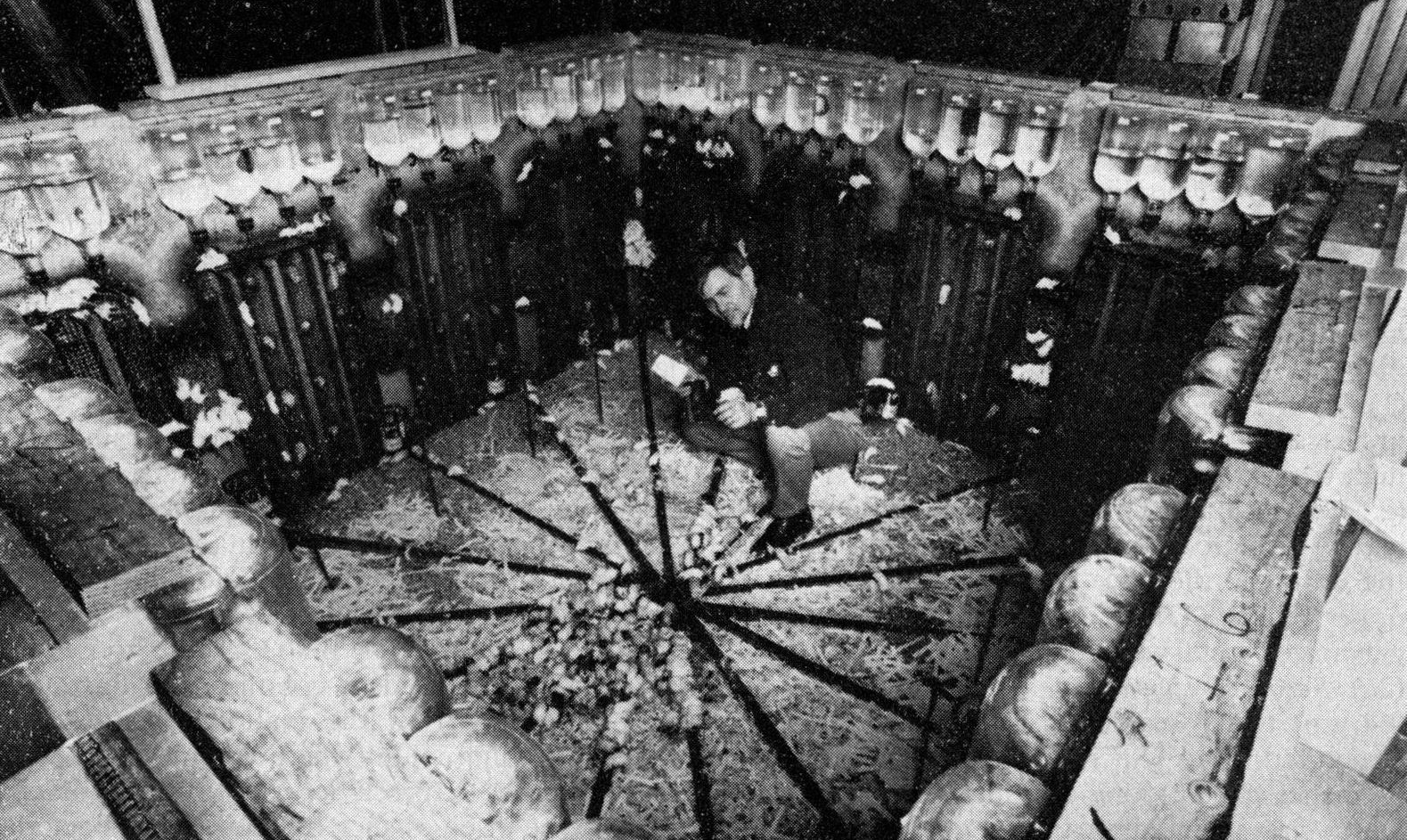 To Pieter Erasmus, the time in the prison cell felt like days, months and years, more than second, minutes and hours. He had no idea what was going on in the outside world. Mandela could be dead by now for all that he knew. What about Lindiwe? General du Toit had given Pieter his word that she was unscathed, but then again how much was the General’s word worth?

It would be another half an hour before Pieter heard footsteps heading in his direction. He assumed that the General was on his way back to see if Pieter had a change of mind in terms of sharing information.

“Hello there, you don’t look like a traitor?” said a man of medium height, in his forties, positioned near the barred window of the door.

Pieter’s first reaction was that General du Toit was trying a different person in a bid to extract information from him.

“Allow me to introduce myself, I am Professor J.G. Strijdom,” said the man.

“Your English is very good for a man by the name of J.G. Strijdom,” quipped the Lieutenant.

“Well, my Afrikaans is not as good,” he replied.

“My father was a hardline Nationalist and my mother was a big fan of the former South African Prime Minister by the same name,” said the Professor.

Pieter knew all about Prime Minister Johannes Gerhardus Strijdom from his history classes in his school days. Affectionately known as ‘the Lion of the North’, Strijdom was Prime Minister of the country from 30 November 1954 to 24 August 1958. His failing health saw him pass away while still in office.

Like most Nationalist leaders, Strijdom believed in white minority rule and was reluctant to change from this route of life.

“I think we need to have a chat,” said the Professor.

“I can get you brought to one of the meeting rooms, if you like?”

Pieter didn’t fancy any sabotage or being dunked head-first in the plastic bathtub again, so he declined the offer. Professor Strijdom looked like an honest type of man, but the Lieutenant knew better than that. His apartheid bosses did not employ honest men or women.

“My colleagues told me that you believe that Nelson Mandela will one day be the President of South Africa.”

“Did you see that by visiting the future or is it something that Albertina Buthelezi told you?” asked the Professor.

Pieter gulped. There was no doubt that Professor Strijdom was a man of great intelligence, who was light years ahead of General du Toit in terms of brain capacity.

“Look, Lieutenant Erasmus, I know that you have information on the ‘Looking Glass’ and we need to be open and honest with each other if we are to solve this in-depth dilemma that is facing our country,” explained the Professor.

“How about you telling me more about the ‘Looking Glass’ and we can go from there?” offered the Lieutenant.

This was not going quite the way that the Professor had expected it too, but he was more open-minded than most of his colleagues, so he agreed to Pieter’s proposal.

“Despite what they may have said publicly, the South African government has been concerned about the future of this country,” revealed the Professor.

“The onslaught from the liberation movement is a serious one, particularly with the Russians backing them. So, a peaceful solution needs to be found in order to avoid a certain black vs white civil war in our country.”

The Professor puffed out his cheeks and then continued.

“The ‘Looking Glass’ was designed as a last resort to divide people according to body and spirit,” went on the Professor.

“The ‘Looking Glass’, as you know was based at the laboratory on the Natal border. It got pointed at the Union buildings in Pretoria. You know as a cop, that our own bosses cannot always be trusted, never mind the enemy.”

“During the building of the ‘Looking Glass’, we learnt that while the glass could be used to keep an eye on opponents, it could also allow people to see the future,” explained J.G. Strijdom.

“I need to be upfront and say that very few people in our government knew about the ‘Looking Glass’ project, and even if they did, they did not know that people could see the future. The problem was that if people viewed the future for too long, their physical bodies would suffer burns.”

Pieter began to put all the pieces of the puzzle together in his head.

“So, the explosion in the laboratory was because some people spent too much time looking into the future?” asked Pieter.

“When the spirit returned to the body, things went  and people got burnt,” said J.G. Strijdom.

“That ‘Looking Glass’ is not a toy, it is a serious piece of pear-shaped equipment that can play a key role in saving this country or sending it to ultimate destruction. Lieutenant, this is serious, as despite the risks, the longer a person could stay in the future, the more we would know about where this country will be in a few years from now.”

On the inside of the prison cell, Pieter ran his hands over his face.

“So the more information that was brought back from the future, the higher the fatality rate,” he said.

The Professor ignored Pieter’s sarcastic remark in case some of the prison guards were listening in.

“So, let me guess, the South African government believe that the laboratory’s former maid, Albertina Buthelezi, must have seen much as she only returned to her job seven days after the explosion,” presumed Pieter.

“Now the government wants to know what she saw and more importantly, who she saw.”

“Now I can see why they say that you are a top cop,” said J.G. Strijdom.

“Flattery won’t get you anywhere, Professor, but I do understand why the government are so keen to find out what Albertina Buthelezi knows,” said Pieter.

“If President Botha is serious about safeguarding the lives of the white people in the country that he governs, he will understand that white minority rule cannot go on forever, and a peaceful solution with black political parties needs to be found.”

“My concern is that if the government found out what Albertina Buthelezi saw, would they use the information to work towards finding a peaceful solution between black and white people, or would they up their ‘Total Onslaught’ efforts against the black liberation movement?”

“Think about it, Professor, forty million black people against four million white people… the odds are not too good and all that the world will do is watch on and seek business deals with the winner.”

The Professor scratched his head.

“I agree with you, Lieutenant, but when a political part has been in power for so long and survived so many onslaughts, they kind of think that they are immortal.”

Pieter rubbed his hands together out of habit.

“Where is Mandela being held captive?” he asked.

The Professor looked around to make sure that nobody was listening in.

“He is back on Robben Island,” said the intellectual.

“He was initially sentenced to death for treason, but the death penalty was converted to life in imprisonment. Many liberal movement people were concerned that prison life would make Mandela soft and he would possibly sell out to the apartheid regime. On the other side, the far right wing saw Mandela as the No 1 target for elimination. Silencing Mandela could well send a message to the liberal movement that taking up arms against the apartheid government was not a good move.”

Pieter could understand the second option as killing Mandela had been his exact plan. However, now he knew better and understood that the murder of Mandela could spark an immediate civil war in the country. This is something that the Nationalists thought they could triumph over, but in reality, the numbers showed that it would be a mismatch. If the government thought that they could win because the left wing had a shortage of ammunition and weapons, they had better think again!

“When I visited Robben Island, I heard that Mandela was not being held there anymore?” queried Pieter.

“With threats on Mandela’s life from both the left and the right wing movements, the government found it necessary to move the prisoner to a place of safety,” said J.G. Strijdom.

“Another reason that they did this was to separate him from his colleagues on the island.”

“Oh yes, let me guess, this was the government final throw of the dice in a bid to get Mandela to cave in and call off the struggle?”

“You know your bosses to well,” he said.

“Lieutenant, as you can imagine, Mandela did not sell out to the government, and so with a political change set to happen rather sooner than later, it was decided to move him back to the island, as things gain momentum. Naturally, the security there is now tighter than ever before. You need to fire a cannon from the mainland to get anywhere near to his prison cell. I am being sarcastic when I say that, but getting to Mandela is close to impossible now.”

Now was the time for Pieter to play the interrogator.

“How long do you think it will be before the ANC is sitting at the negotiating table with the Nationalists?” he asked.

The Professor shrugged his shoulders.

“Your guess is as good as mine as our superiors are only quick movers when they want to be, but I would bet on it being another ten years before apartheid falls,” said the Professor.

“Professor, we don’t have ten years to play with,” snapped Pieter.

“The government must either negotiate right now or face the risk of being removed from power by the black masses.”

“Fair comment, but you know what they say, ‘there is none so deaf as those who don’t want to hear’,” said Pieter.

“Just how many people perished through burns suffered at the laboratory in Natal?” asked Pieter.

“I never saw the figures, but I would guess that at least one hundred or more people would quite simply have disappeared off the face of the earth,” answered the Professor.

“I say that since our government would have done a cover-up in order to protect the ‘Looking Glass’ project. They would hardly tell the families of the deceased that their loved ones burnt to death during a secret experiment, would they?”

“What has the security service team done with Lindiwe Buthelezi?” asked Pieter.

“Lindiwe is just fine, but she is as stubborn as you are and is also refusing to release any information to the interrogating team here.”

“So where to from here?” asked the Lieutenant.

“You need to tell us exactly what Albertina Buthelezi told you that she saw while she was in the future, and please don’t beat around the bush, as time is against us all,” said the Professor in a stern voice.

“What if I refuse to cooperate?” asked Pieter.

“Then you stay locked up in this prison cell while more people perish.”

“What do you mean ‘perish’?” he asked. “Without concrete information from Lindiwe and you, the ‘Looking Glass’ project will have to continue, with the high prospect of more lives being lost in the process,” commented J.G. Strijdom.

P.W. Botha is hard at work to save the day. He is waiting for his phone to ring to find out what information his security men had managed to get out of Pieter Erasmus. However, this is not happening. Botha has no qualm about continuing with the current status quo. He is protecting the lives… 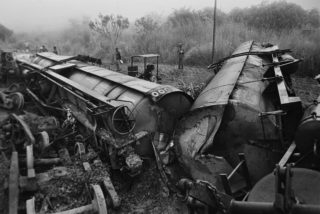 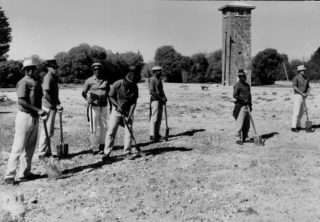 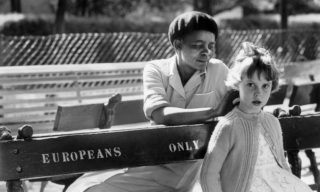 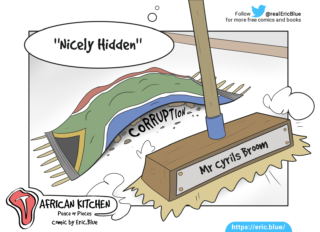