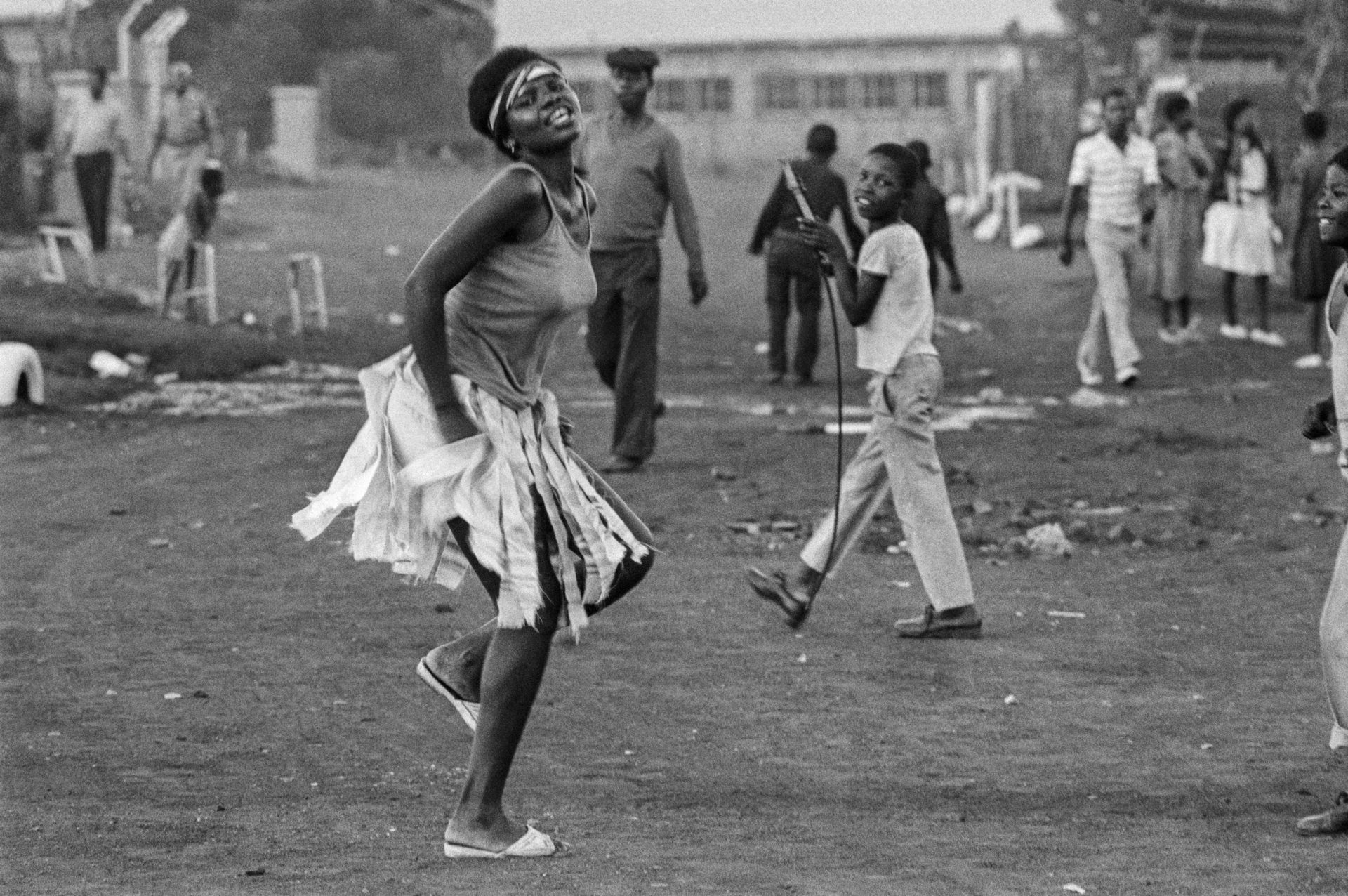 Chapter Three – Something about this Girl

Whether it was midday or midnight did not really matter to Lindiwe Buthelezi, as she lay on her back in a bed at the Pretoria East Hospital. Suddenly a white man in a doctor’s coat appeared around the corner of a grey curtain next to her bed. Lindiwe gulped. What was going on here? A black nurse and then a white doctor!

“Buthelezi?” asked the doctor, tall and in his late thirties.

“You are lucky to be alive after that gas pipe blast. Some of your friends were not at lucky as you were.”

Lindiwe remained silent as she tried to take in what the doctor had just said.

She stared at the name tag on the doctor’s white coat.

“A white doctor treating a black woman in 1987?” thought Lindiwe.

Back in the townships, most blacks were cautious of any white person who tried to help them. There were rumours of white medical people injecting poison into the bodies of blacks. Was she about to become another apartheid statistic?

“I didn’t know that white doctors worked in this part of the hospital?” said Lindiwe, who then wished that she hadn’t.

Lindiwe had been an overnight patient in a hospital on two occasions before, for minor operations such as tonsilitis and treatment of a fractured wrist when she fell off a wall in Mamelodi while playing as a kid.

On all of the occasions, she had been treated by white doctors.

“Am I going to live, Doctor?” asked Lindiwe, as she gripped the hospital sheet with her fingers.

“You have a few cuts, bumps and bruises and you hit your head quite badly during the blast, but you are going to be just fine,” said the doctor.

“I imagine you may have cut yourself on some of the beer glasses which you were cleaning behind the bar counter when you fell.”

She slowly lifted the hospital linen and stared down at the white dress that she was wearing. It was her mother’s dress from years back and … Hello, what is this? It was a Vosloo Grill logo on the front top left side.

Oh my gosh, Craig Johnson was right! What is going on here? Lindiwe Jnr, University of Pretoria law student of 2010, you are now living the life of Lindiwe Snr, waitress of 1987!

For a moment, Lindiwe had more than cuts and bruises to worry about. She was battling to take in air. Was she breathing for two Lindiwes or was she on the brink of having a heart attack?

The pieces of the jigsaw puzzle were beginning to fall into place in her mind. Lindiwe Jnr is how people see you.

Her mind shifted back to Nelson Mandela and what P.W. Botha had said about him on the television news.

This made Lindiwe think about what her father had once told her about the ANC man.

Lindiwe took in a sip of water from a plastic cup which had been placed on a small table next to her bed.

She needed to get all the facts straight in her head. Her father had once told her that her mother, Lindiwe Snr, had once stopped a man from carrying out the most evil dead that once could do in South Africa. Someone had wanted to get to Robben Island to kill Nelson Mandela and Lindiwe had saved the day.

However, there was one piece of information which had not been shared with Lindiwe Jnr and that was the identity of the potential hitman.

Now, with Lindiwe Jnr back in 1987 and Mandela seemingly alive and still locked up by his apartheid oppressors, what if history was to repeat itself?

Having been a part of the future, Lindiwe knew just how important Mandela was to the blooming of a New South Africa. If someone eliminated him, goodness knows how history would turn out for the most southern country on the African continent!

Despite being on medication to control the pain from her wounds sustained during the bomb blast, Lindiwe was able to think straight.

It was becoming clearer to her that she had been sent back to the past to save South Africa. “What if Mandela kicked the bucket…?” No Lindiwe, let’s not even think that way!

Of course, if she knew the identity of the man who had been on a mission to kill Mandela, that would have helped much, as the potential killer could well look to strike again.

As the apartheid leaders suspected, a hit on Mandela could come from the left or right wing. If the left wing felt that he was too lenient in starting talks with the ruling Nationalist Party, they could deliver the hit.

Lindiwe needed to get to Cape Town, to Robben Island and to Mandela sooner rather than later.

“So how long do you think I will still be here?” asked Lindiwe to Doctor Craig Johnson.

“You should be discharged by early next week,” said the medical man.

Lindiwe winced, not out of pain but from frustration.

“What is today’s date?” she asked.

That could be another three or so days here in the hospital. That was too long. She needed to get out on to the street as soon as possible.

Lindiwe placed her hands over face. It was like she could remember parts of the future but not everything. She realised the importance of Mandela, but couldn’t quite work out just when he would be released from prison and who he would negotiate with as far as the New South Africa was concerned.

It was like she could only see bits and pieces of the new dawn of South Africa. She could make out that a civil war was highly unlikely to happen. However, if someone got to Mandela before she did that could all change.

She began to stretch her memory banks for more information on what her father had told her about the Mandela situation. It wasn’t easy as the press was censored and the faces of Mandela and his fellow prisoners on Robben Island.

Even the famous Drum Magazine was banned. Any person, black or white, who was seen to be opposing the apartheid machine, was declared an enemy of the state.

Meanwhile, in Pretoria, the apartheid propaganda machine was about to be put into full swing. With the world crying for the Nationalist Party government to release Mandela and his co-accused of treason, South Africa’s circle of friends was getting smaller by the hour. Economic sanctions were sending the once proud South African Rand to the dogs. P.W. Botha’s brain-trust needed a plan.

“Haai julle (hey, you guys),” said one brain spark in a packed meeting room at the Union Buildings in Pretoria.

“Wat as ons vir hulle vertel dat Mandela oorlede is (what if we tell them that Mandela is dead)?”

“Ja (yes)!” shouted another in the room.

“Ons is Suid-Afrika. Die wereld haat ons. Niemand gaan die Mandela liggaam will sien nie. Hulle weet nie eers hoe lyke hy nie. (We are South Africa. The world hates us. Nobody will want to see the Mandela corpse. They don’t even know what he looks like.”

Going for broke seemed to be the way out of a tricky situation. What was the worst that could happen? After an hour of caucusing, the bigwigs of SA politics were ready to give their cutting edge plan over the phone to P.W. Botha.

The plan was simple enough to action. The guards on Robben Island would be divided into two groups. Those that could keep their mouths shut would work the midnight shift. On a certain night, Mandela would disappear out of his prison cell and be ferried to the mainland where he would be kept in a ‘safe house’ where the Nationalist Party negotiators would try and work his mind in their favour.

The real line given to the world would be that Nelson Mandela had kicked the proverbial bucket. Funeral arrangements would follow soon.

Bingo! The plan was a winner. Not only would the strategy keep Mandela safe and in the hands of the apartheid men, but it would also move him away from any of his prisoner cohorts on the island, who may plant violent thoughts in his mind.

Mandela was no fool but was known to be a good listener and a seeker of advice. He believed that many minds brought about a great idea.

To action all of the above, nobody, including the B team security guards, would be allowed to go anywhere near the Mandela prison cell.

All would be implemented in the dark and at extreme short notice so that Mandela’s fellow prisoners would also be none the wiser.

No press would be allowed across to Robben Island. This was usually the case but the implementation of the laws would be increased dramatically.

So the apartheid regime killed Mandela, the world would say. Government wasn’t too worried about that. A doctor would be well paid to sign off a crooked death certificate that would indicate that Mandela passed on from pneumonia.

He died because of the cold and dirty conditions of the prison on the island, many would state.

No, the government would reply. People, and not all of them prisoners, do pass away from pneumonia.

The medical team had tried their best to care for Mandela, but when it is one’s time to go and meet your maker then so be it. Nobody can change the plans or the timelines of God.

This was the world of P.W. Botha. His South Africa may be cut off from the world, but he believed that he was always one step ahead of anyone else on the globe.

Yes, Botha’s boys were brilliant and the rest of the world was fools!

So who would go on television and make the announcement of Mandela’s death. Well, nobody had to because most South Africans did not know who Mandela was due to the strict censorship rules.

Those who knew a bit about him certainly did not know much about the Freedom Charter adopted by the Congress of the People in Kliptown, near Johannesburg in 1955.

This was the core document that was the guideline of the liberation struggle and the most hated piece of paper in the eyes of Botha and company.

The People shall govern!

All National Groups shall have Equal Rights!

The Land Shall Be Shared Among Those Who Work It!

All Shall Be Equal Before The Law!

All Shall Enjoy Equal Human Rights!

There Shall Be Work And Security!

The Doors Of Learning And Of Culture Shall Be Opened!

There Shall Be Houses, Security And Comfort!

There Shall Be Peace And Friendship!

Let all who love their people and their country now say, as we say here:

‘THESE FREEDOMS WE WILL FIGHT FOR, SIDE BY SIDE, THROUGHOUT OUR LIVES, UNTIL WE HAVE WON OUR LIBERTY.’

Having heard PW Botha speaking on television about Mandela and the danger that the ANC poses to South Africa, Lindiwe realises that the ANC icon is the key to a New South Africa, and he should be unharmed at all cost. She escaped from the hospital and makes her way to Cape Town. At the… 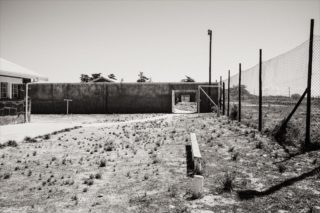 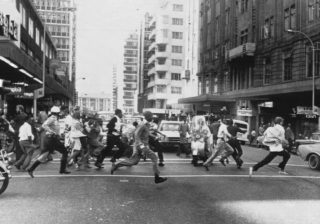